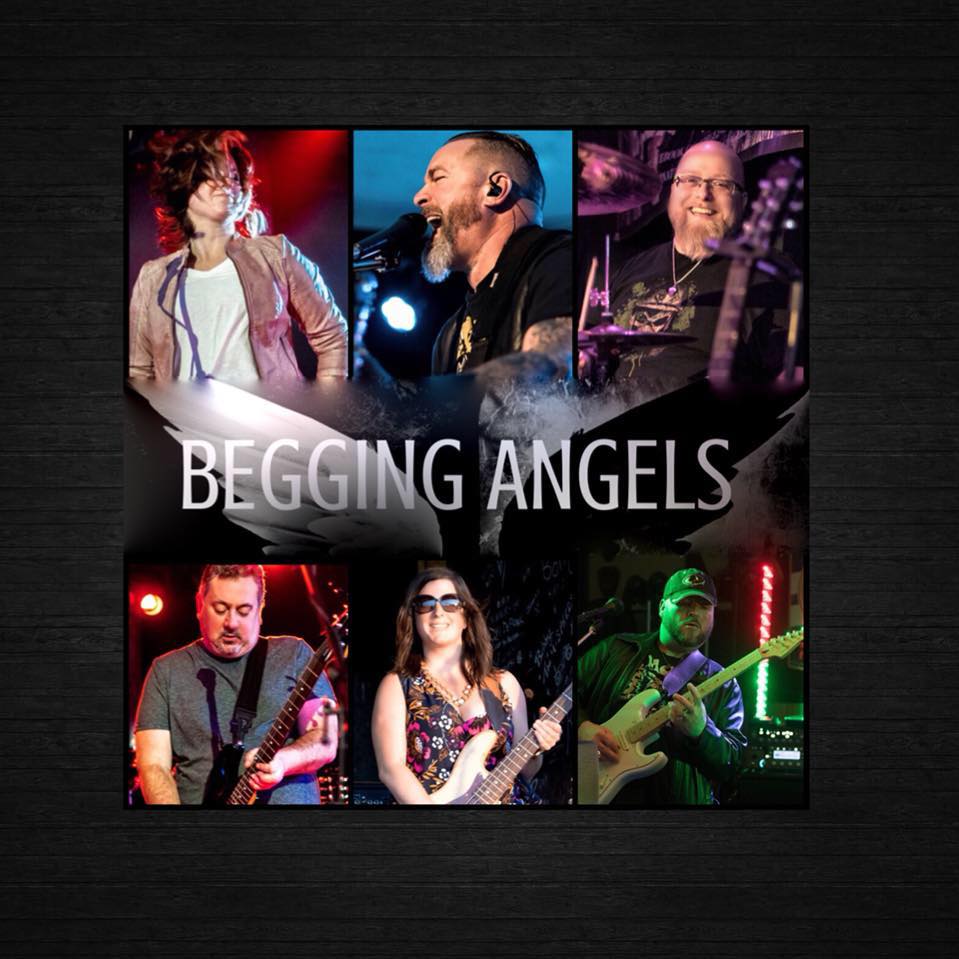 And don't forget--our Grill Pit will be serving up food from 4-8pm!

Begging Angels began as a husband, Todd and wife, Kelly acoustic duo from Holley, New York. Performing both covers and originals, they have tried to keep it interesting by performing a variety of music. Todd began his musical career as a drummer in a heavy metal band. Kelly began singing at a young age in school choirs but was always influenced by a highly musical family and exposed to a diverse range of music. When they met, it was meant to be both in life and in music. Todd decided to learn to play guitar and they have been playing together ever since. In November, 2016, they began writing together, performing publicly on a regular basis and formed Begging Angels. In December, 2017, they started adding members to our Begging Angels family seeking to form a full band. In 2018, they formed a full band with Kevin Ross on drums (and cajon) and Gordy Richey on lead guitar and, in 2019 added Alona Kuhns on bass and Jim Osterman as an additional lead guitar player. All with a huge passion for music and for life, come enjoy the experience of Begging Angels by joining us at their performance!