What FBC Beer Has the Least Calories?

Ok, you asked and we delivered...

Let's start with the answer so we don't slow you down.  It's called "The Crown Jewel" and check this out.

It's made with a gluten reduced wheat beer and Timbucha Kombucha (the secret sauce), so it's technically a "buchabeer."

Want more on our Timbucha Kombucha?

The Crown Jewel BuchaBeer was named after what they referred to as our hometown 'Fairport'  at the turn of the century, that is, last century when the canal was, functional.  The visitors referred to Fairport as the Crown Jewel of the Erie Canal based on the location and amenities at the time.   So we stole that from history like so many other names of our beers.

The beer was developed, you guessed it,  using the nearly famous low calorie, low carb, low sugar Timbucha Kombucha which is probably the best tasting kombucha in the USA.

That being said, we took the concoction on the road with us at the beginning of 2018 to all the beer festivals and thousands and thousands of people tried it, and loved it.  They couldn't believe the taste and how light it was.

In September that year, 2018 we were contacted by Beverage Industry Magazine and told that we were going to be crowned, "Innovation of the Year" for 2018.  And there we are, in that blue can! 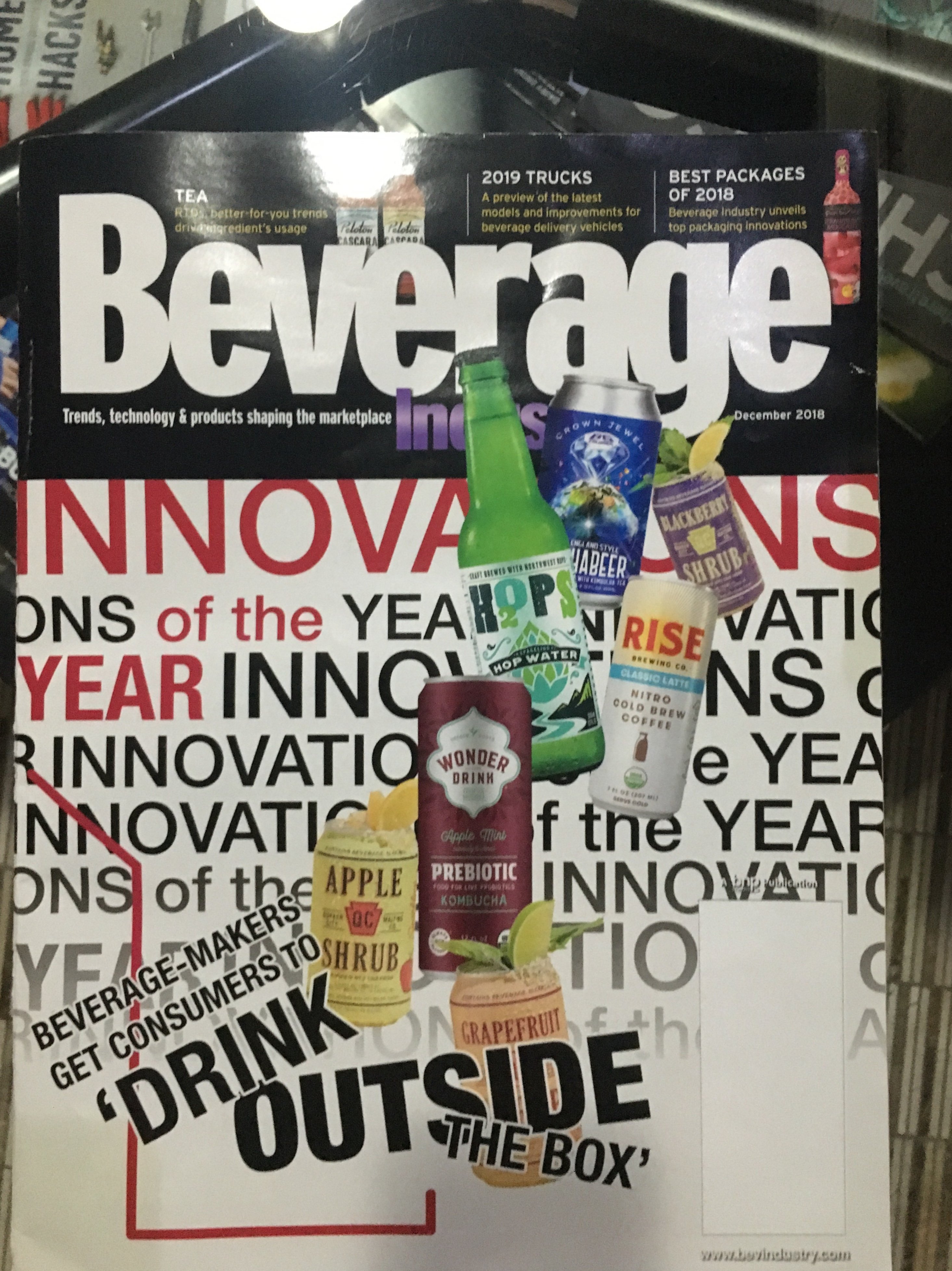 So where can you get it?  You can get a nice cold buchabeer at both our locations.  Come give it a shot and if you want to doctor it up, ask for a VOK BUCHA!