Today we are proud to release the 2014 Scum Jumper series beer and growler. T-shirts on their way (full color). This year's Scum Jumper was centered around the 100th anniversary of the completion of the Fairport Lift Bridge in 1914. Can you imagine what it took to build that bridge? Many people don't know that our bridge is an irregular decagon, (Decagon is a ten-sided structure) and it crosses the canal at a 32 degree angle. No two angles in the bridge are the same and no corners are square! 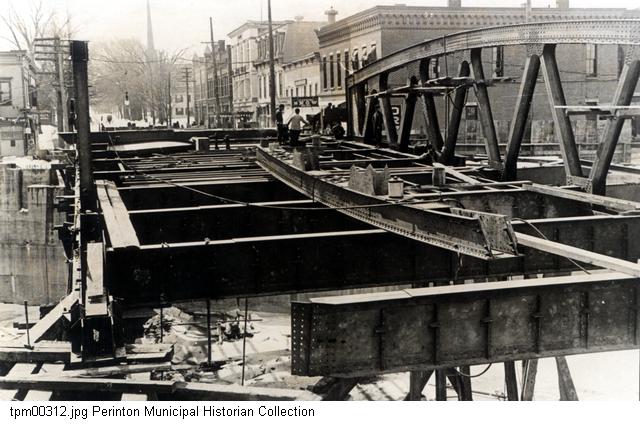 You might see a resemblance to this photo (below) in our design. Look at those old cranes! Our graphic designer, Nestor Ortiz, really pulled our design together merging a little history with a little humor. 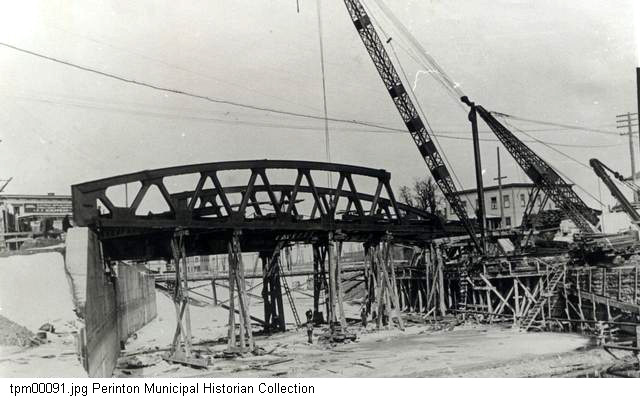 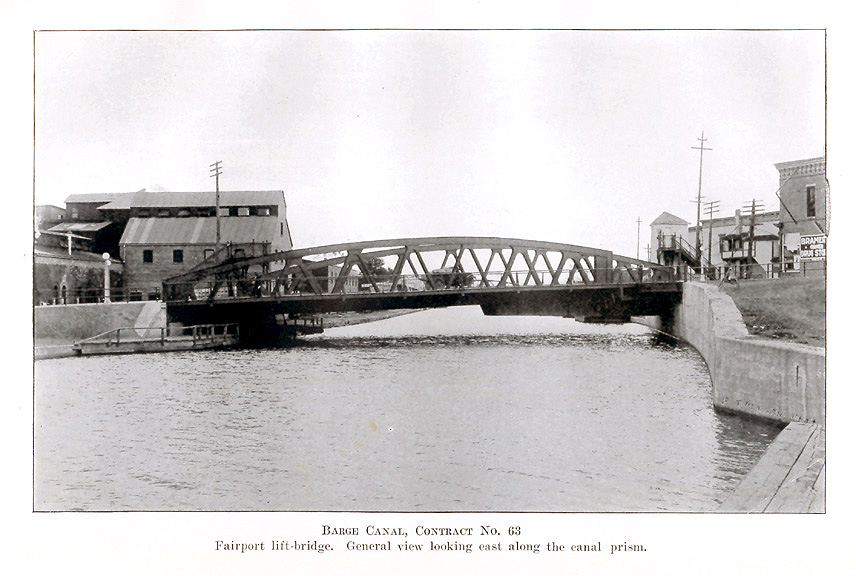 A look at the Scum Jumper 2014 design

We started with a color version but went with a black and white on the growlers to give it a rustic feel however the t-shirts will be full color. We have to hand it to Nestor for being a great sport. Sometimes designs are way more technical than the technology used to transfer to growlers etc....

Dunkelweizen Pronunciation guide for English-speakers: "doonn-kel vite-sen" (pronounce the "oo" short as in "foot") This year's Scum Jumper beer-by style-is called a Dunkelweizen and according to the German Beer Institute the Dunkelweizen is the dark version of the regular golden-yellow Weissbier or Weizenbier (more commonly called Hefeweizen in North America), the spritzy, creamy Bavarian wheat beer with pronounced clove, vanilla, banana, apple, bubblegum, and sometimes nutmeg flavors. Dunkel means dark in German (as opposed to weiss, which means white) and Weizen means wheat. Like a Hefeweizen, Dunkelweizen is made from a mixed mash of wheat and barley malts, but unlike a Weissbier, it also contains a large array of lightly to thoroughly caramelized or roasted malts that give it both its color and its complexity. A Dunkelweizen, therefore, has all the characteristic and differentiated flavors of a sophisticated wheat ale, overlaid with chocolatey to roasted flavors. Dunkelweizen is a very complex beer style with endless variations on the same theme.

The Scum Jumper and the Cow

Many visitors ask us about Scum Jumping and the cow. Well here it is.... Scum Jumping has a long history in Fairport, and it is even referred to in the Perinton Historical website under "Local Traditions" in a story told, by Bill Barry. "The bridge is/was the location for a local sport called "scum jumping". "The most memorable story (his kids told) described a local "sport", a rite of passage called "scum jumping". It was a summer activity shared by many local teens. It involved the jumpers and the audience assembling at the bridge. They mounted the railings, held on to the girders for balance and when their courage was up or the jeers and shouts to jump were sufficient, each would leap off the bridge into the canal below." ..... "Along with the jumping came the tales of someone diving into the carcass of a dead cow or horse."

At Fairport Brewing Company we celebrate all the Fairport history and we do like humor, however, we do not encourage ANYONE to engage in any dangerous behaviors, like jumping off bridges! It's funny on paper but the reality is that you can not see what is below you in the water, ie. logs, shopping carts, cars, dead cows, horses, pigs, and other dead things, not to mention chemicals, bacteria, and other gross stuff you don't want to come into contact with! You could easily get sick, hurt or killed. Don't be an idiot, make good decisions!