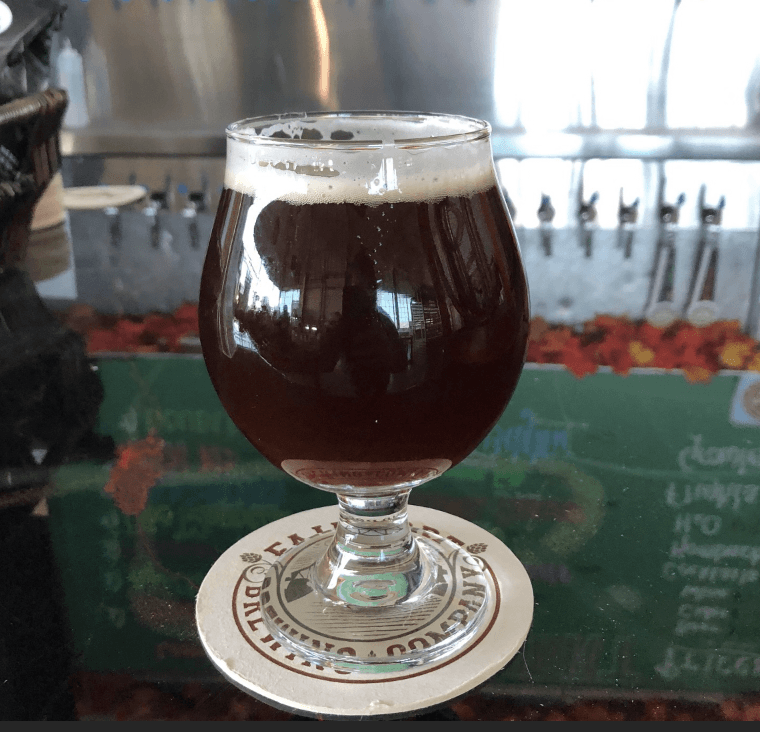 In its New England IPA series it's the "Mother Fluffer," and let's just say she is the Mother Fluffer of beers!  So big the company is pre-selling T-Shirts with the slogan "Hoppy as a Mother Fluffer".  The Mother Fluffer sports 12.64% ABV and 115 IBU's.  This beer is UNFILTERED and it is releasing November 20th 7pm both locations.

On the darker side and pictured above is the "Half Scratch". Half Scratch Scotch Ale was aged in Maple Rum barrels will leave you scratching your head or other parts of your body for sure. This rich garnet-colored Scotch Ale has been aged in Maple Rum barrels for 4 months, giving this beer a wonderful toffee, caramel and maple aroma with a slight rum undertone. The full body of Half Scratch accentuates a deep caramel toffee and vanilla flavor that leads to a light maple finish and slight alcohol warming from its hearty 10.59% ABV. The Half Scratch releases beginning of business November 13th both locations.

Both beers are in limited supply and will be served draft only and served in 10oz pours.