If we told you, we'd have to kill you.

What do you get when you cross twin beekeepers, a Rochester NY brewery owner and a fellowship trained neurologist?  Well....it's a secret- but here are some of the clues.

It started during Covid-19, the brewery at University Ave had just opened from lockdown on January 15th, 2020, and as you can imagine, it was quiet.  It was so quiet Tim the owner would bring in his guitar and play to an empty facility in hopes for better times.  Kind of a sad site to see for sure.  That's when the door opened and three human beings walked in (two guys, a girlfriend) and a beautiful golden retriever.  It was the start. 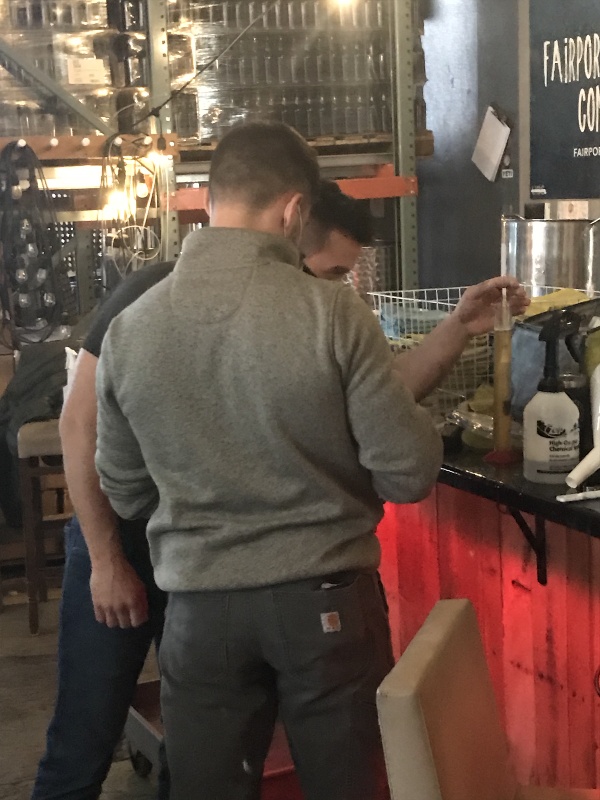 Jason and Jacob (left) had moved back from fighting forest fires on the west coast with a dream of beekeeping. They loved the Fairport beer and became a regular site as people started to drifting back in to normalcy.   Tim got to know them well and was impressed with their character, work ethic, sense of humor and interests-especially in beekeeping and before long, as the definition of luck would have it, preparation would meet opportunity.

Just a quick note on opportunity.  it's funny- it never comes along when you are ready. It just happens when you least expect it and it's up to you to run with it or let it go.

The timing couldn't have been worse from a Covid financial standpoint, but it's tough to watch an opportunity to pass you by.

A few weeks later in mid February, a dynamic, and we mean really dynamic graduating fellow of Neurology at URMC 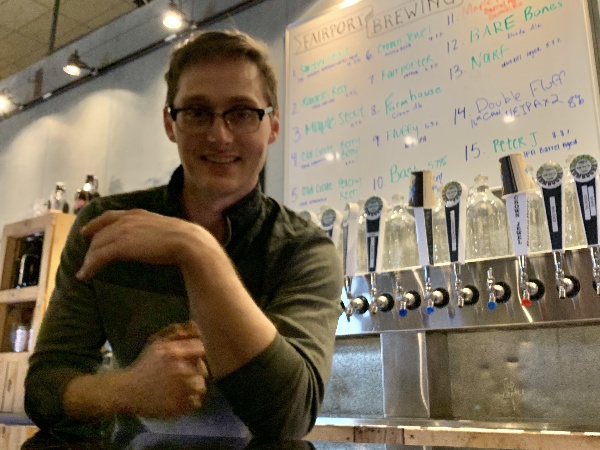 named Dustin Smyth,  walks in to the brewery and convinces Tim after about a six hour conversation that he needs to make mead and hard cider.  Always eager to learn Tim was convinced and excited that he knew exactly where to get the honey so things were really coming together.

Tim introduced Dustin to Jacob and Jason and the four started experimenting with mead, amongst other things.   It quickly became a brotherhood.

Dustin has since graduated URMC and is now practicing in Idaho. He will be checking in from time to time and maybe doing some tele-zoom-meadery with us sometime soon.

After the first test batch, Fairport Brewing hired both Jason and Jacob (the beekeepers) to head up not only the mead program but everything honey.  We immediately filed for a meadery license from the state and combined our craft beverage licenses.

Got to say...there's something really cool about vertical integration.  Making mead is one thing, but to make it with the honey your employees cultivate is out of this world.  These guys go to war with the bees to get the goods.  There are times they come to the tap room on a Friday night and show their swollen hands from getting stung through the protective equipment, this is a huger passion and It takes special people to put on that equipment and go in for the honey. Think about it what other animal goes after the honey?  The bear, and the honey badger.  Two really tough animals.  You know the story about the honey badger!  Remember Grapes don't try to sting you to death when you are making wine, bees do!

Vertical integration means we have something to do with every step in the process,  from maintaining hives and supporting mother nature to slapping the labels on the bottles.  It's about as down to earth as you can get.  You'd be hard pressed to find more passion

A cool collaboration that started with Covid.

A Little Bit About Mead

Mead is the undisputed oldest alcohol beverage known to man, probably found in a tree stump somewheres around 8000 years ago.   In its simplest form it is fermented honey.  It can range anywheres from 3% to more than 20% ABV and it can be still, sparkling, and anywheres from dry to sweet.

Mead was produced in ancient history in Europe, Africa and Asia.  Pottery vessels found dating back 7000 years in Northern China have shown chemical signatures consistent with honey and organic compounds associated with fermentation.  But depending who you ask and how much they have had to drink, mead can go back 30,000 years.

Mead is way more than just fermented honey and a good buzz.  Unlike grapes in wine, you have to contend with those little stinging flying insects, called bees that will try to kill you for taking their food supply.  And of course, those fearless half baked beekeepers. Those guys come to work with swollen hands after being attacked even with their protective equipment on.

Our family of Beekeeper's Secret Mead 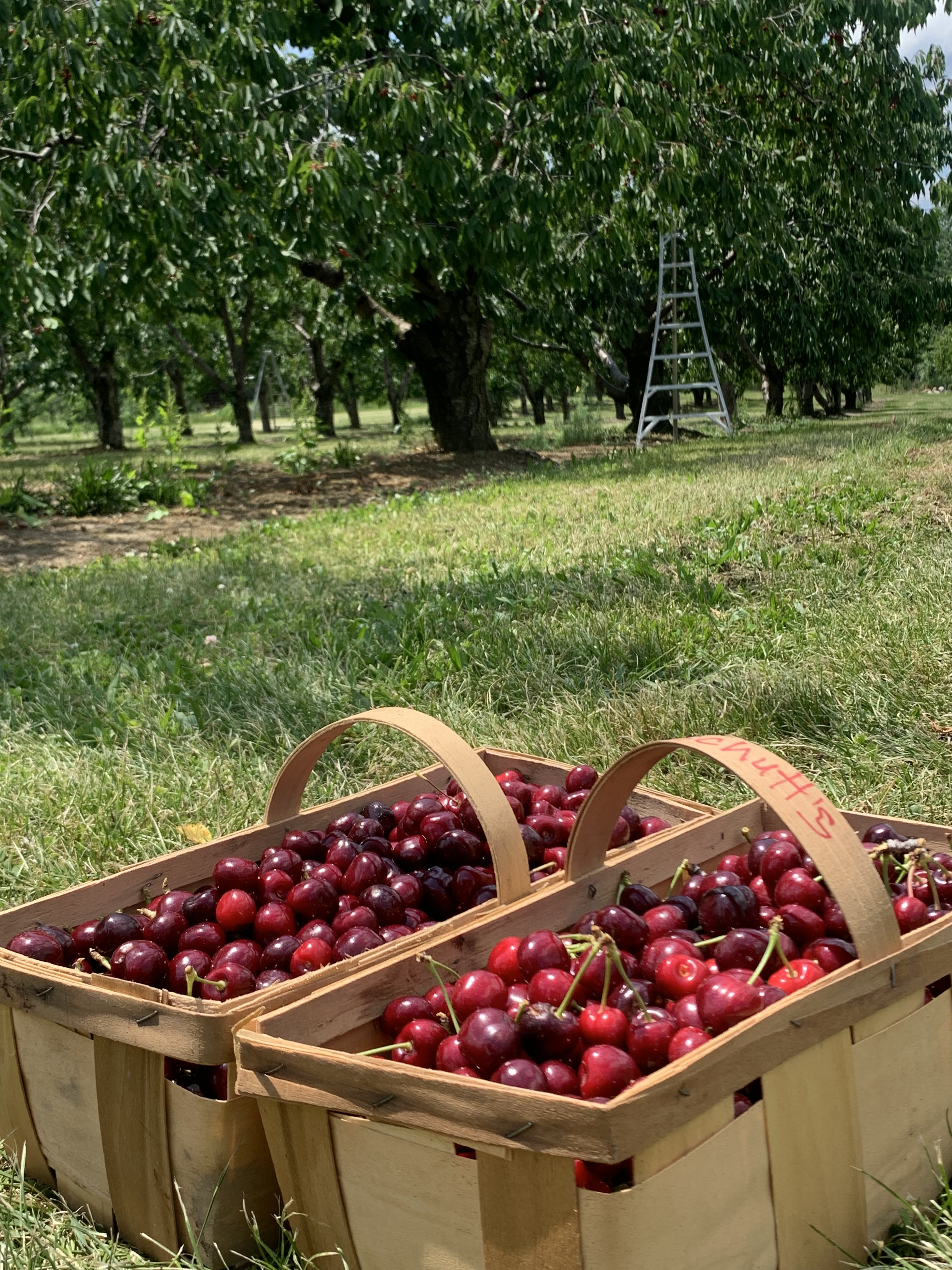 We actually risked our lives on those three legged ledders and picked 45 pounds of sweet cherries off the trees at Shutts Apple Mill in Webster, NY during the heat wave of 2021.  It doesn't get any fresher than that.